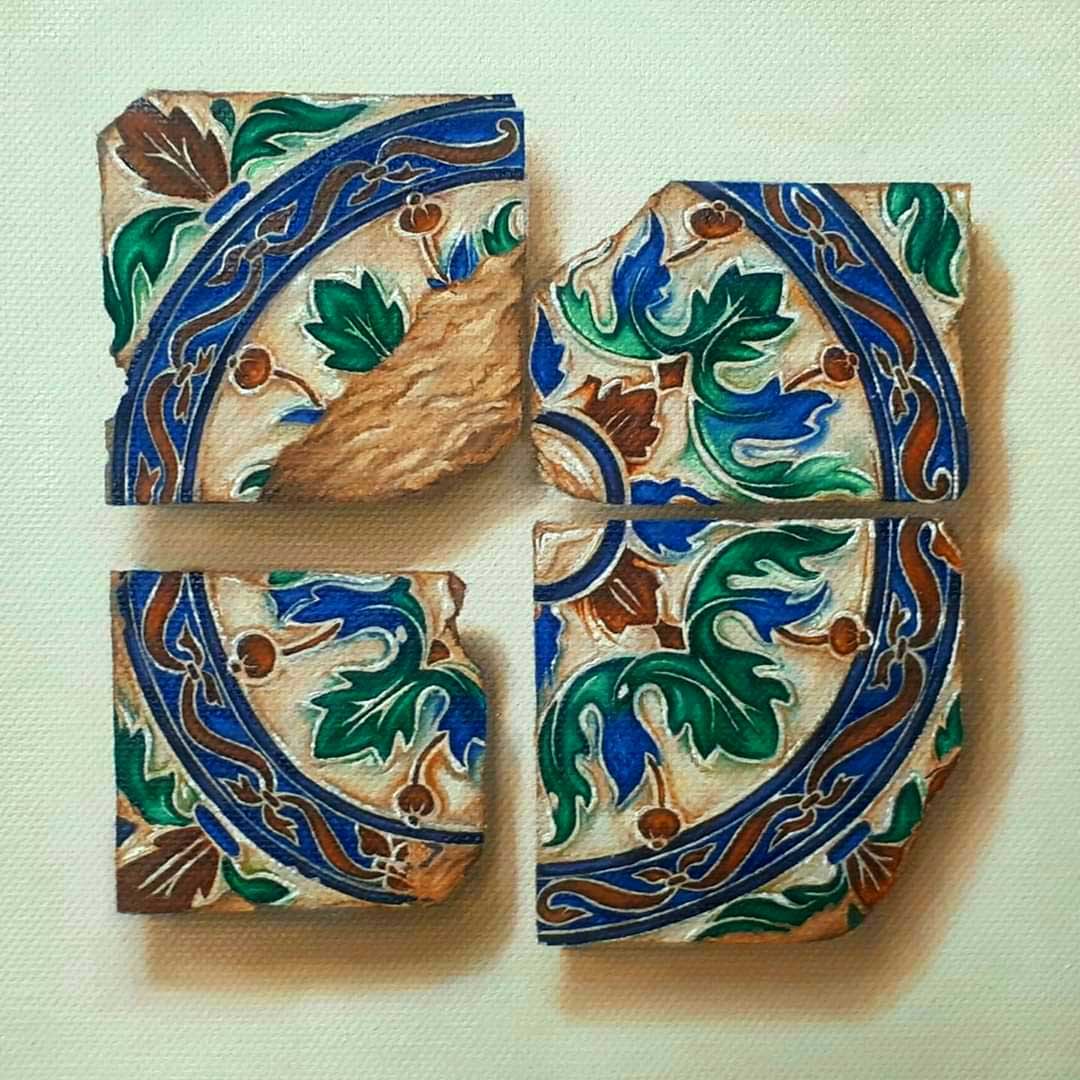 Laurence is a figurative and realist painter working primarily in oil, from Bray, Co. Wicklow. Jade is a contemporary still life painter, also working primarily in oil, originally from Kilkenny, now based in Dublin Jade and Laurence are a couple and because they often work in close proximity to one another, their ideas sometimes intersect, where Laurence will paint Jade with some of the elements that she is using in her own compositions Most interesting from the fact that although they are two different painters the pieces have a relationship to one another. What makes this show exciting is the contrast of one artists interpretation against the others of the same subjects.

Jade Butler is an Irish artist specialising in contemporary life painting Graduating from the West Wales School of the Arts in 2010, Jade is now based in Dublin. Jade has exhibited in annual exhibitions of the Royal Hibernian Academy, the Royal Ulster Academy and the Royal Scottish Academy. Her works are held in private collections in Europe and the US and in several public collections including the Office of Public Works N.I.

Laurence O’Toole is a realist painter in both oil and acrylic, whose work is a melding of figurative and nature with a surrealist approach to convey the message in his works. A self-taught artist from Ireland, he has had many solo shows, in Ireland and abroad and is present in many group shows. He has won an award at the Royal Ulster Academy and has shown at the Royal Hibernian Academy in Dublin. His work has been collected by the OPW and featured in publications and in collections of Banks, film directors, actors, and state institutions. He has also completed many residencies, including in Japan, New Zealand, Australia, Spain and France. His work has appeared in the Poets artists publications and shows in Gallery 33 Contemporary in the USA.